Home News & Views News Briefs Quick Takes: News You May Have Missed
Share on Facebook
Tweet on Twitter
WikiLeak Document: Netanyahu Doesn’t
Want Israel Governing West Bank
Prime Minister Benjamin Netanyahu told a delegation of visiting U.S. lawmakers he does not want his country to govern the strategic West Bank, according to classified documents released by WikiLeaks and reviewed by this column.
A February 2009 diplomatic cable marked “secret” recounted a meeting between Netanyahu and a delegation led by Senator Benjamin Cardin (D-MD).
“Netanyahu expressed support for the concept of land swaps, and emphasized that he did not want to govern the West Bank and Gaza but rather to stop attacks from being launched from there,” read the cable.
The cable relates Netanyahu spoke to the congressmen of “three options,” with regard Israeli-Palestinian talks:

● withdrawing to the 1967 borders, which Netanyahu stated would “get terror, not peace;”

● doing nothing, which Netanyahu called “just as bad;

● or “rapidly building a pyramid from the ground up.”

According to the cable, “Netanyahu suggested a rapid move to develop the West Bank economically, including ‘unclogging’ bureaucratic ‘bottlenecks.’ He promised to ‘take charge personally’ (as Prime Minister) to facilitate this bureaucratic reform, which would occur in tandem with political negotiations and cooperation with Jordan to build up Palestinian Authority security capacity.”

The WikiLeaks revelation that Saudi donors are the chief financiers of al-Qaeda comes just days after President Obama quietly moved forward with plans to sell $60 billion worth of fighter jets and military equipment to the Saudis – the largest weapons sale to a nation in U.S. history.
A New York Times summary of the WikiLeaks release of more than a quarter-million confidential American diplomatic cables relates the U.S. has information Saudi donors remain the chief financiers of al-Qaeda and other Sunni terrorist organizations.
Just last week, Obama attempted to solidify the weapons deal to Saudi Arabia, despite questions raised about the deal by lawmakers and a congressional report that questions the wisdom of the sale.
The sale would greatly enhance the Saudi military. It would provide the Saudis with 84 F-15 fighter jets and more than 175 attack helicopters over the next 15 years.

The White House gave Congress only 30 days to raise objections to the sale. That period concluded last weekend, when members of Congress where leaving Washington, leaving little time for lawmakers to oppose the deal. Still, multiple lawmakers expressed concern.

John Bolton, the former U.S. ambassador to the United Nations, has announced he is considering a run for president in 2012. It was his first direct response to months of Internet speculation that he may join the next presidential race.
Bolton was speaking to this reporter on the latter’s investigative radio show on WABC in New York.
“Yes, I am considering it,” Bolton said when asked if he is considering a 2012 presidential run. “I am very concerned about the direction of national security policy.”
Continued Bolton: “I am concerned that we hardly talk about it at national level debates in the mainstream media. The president, as they say, just seems to view national security issues as an irritation, as a distraction from what his real priorities are.”
“Coming into the 2012 election cycle,” Bolton said, “I don’t have the slightest doubt that while economic issues are very much on people’s minds as they should be, that it is not in our interest to continue to ignore foreign and national security issues. So, if I did run – and I haven’t made a decision, I have never run for office one way or the other, so it would be a pretty big decision to do it – I just think this has got to be more of priority.”
Asked by this reporter what factors he will consider in making a final decision to run for president, Bolton replied:
“I think it’s very important on the Republican side that we have a candidate against President Obama who can address these national security issues and to be able to debate him as an equal when you get into the 2012 campaign,” replied Bolton.
“You know,” Bolton stated, “[Obama] doesn’t enjoy being commander in chief, but he will have been commander in chief for almost four years, and he gives a pretty good speech. So it’s important to be able to take him on intellectually and at a policy level in a very direct way, and that is one of the things I will be considering.”
Earlier in the interview, Bolton slammed Obama’s foreign policy: “If one thing is clear after two years of Obama foreign policy, it is that he is very uncomfortable asserting American interests around the world. He views national security as a distraction from his real priority, which is restructuring the American way of life. And his foreign policy really consists of making decisions – in the case of Iraq and Afghanistan – only when he is forced to do it.”
Asked whether it is too late to “fix” the country, Bolton replied, “I think this is always reversible, if America has the will to defend itself, which I think is where the overwhelming majority of the American people are.”

He added, “But every year that goes by while we allow these problems to expand … it makes it that much harder and that much more expensive to crawl out of the hole. … In addition, the signal of weakness that these kinds of policies send around the world only encourages our adversaries and increases the risk of trouble for ourselves and our allies.” 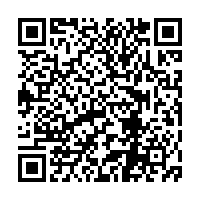