Home News & Views News Briefs Quick Takes: News You May Have Missed
Share on Facebook
Tweet on Twitter
Obama Apparently Okay With Latin Countries’
Recognition Of Palestinian State
Palestinian officials tell this column the Obama administration is only giving lip service to resisting a Latin American declaration recognizing a Palestinian state outside of the framework of an agreement with Israel.
In what amounts to a diplomatic assault on Israel, Argentina and Uruguay last week announced they were joining Brazil in unilaterally recognizing an independent Palestinian state.
Publicly, the U.S. was quick to rebuke the decision by Latin American countries. “We believe such recognition is premature,” William Burns, U.S. undersecretary of state for political affairs, told reporters in the Chilean capital Santiago.
“It’s only through negotiation between the parties themselves, Palestinians and Israelis, that we’ll be able to realize the two-state solution,” he said.
Palestinian Authority officials, however, said the Obama administration has not privately criticized the Latin American countries for recognizing a Palestinian state, and more Central and South American nations are expected to join them.
“In actuality, Obama is not doing anything to prevent more countries from recognizing a Palestinian state,” one PA official told this column.
The official said Prime Minister Benjamin Netanyahu’s government proposed an interim, five-year initial deal with the PA in which the Palestinians would take full control of more territory as they work economically with Israel.
Netanyahu believes rebuilding the PA’s infrastructure and economy from the ground up is the key to a future agreement.
The PA official said the Obama administration rejected a temporary agreement and is instead siding with the Palestinian demand that talks begin with setting final borders of a future Palestinian state.
The official and other PA sources said the White House seeks to establish a Palestinian state, at least on paper, by next summer.

The PA sources said the Obama administration favors a negotiated settlement, but the sources said the White House implied the U.S. will not oppose a UN Security Council vote to unilaterally declare a Palestinian state.

To Fight Hizbullah
Saudi Arabia secretly proposed to send an “Arab force” to Lebanon that would act under the cover of international troops to fight the Iranian-backed Hizbullah, according to a U.S. diplomatic cable released by WikiLeaks and reviewed by this column.
One day before that May 12, 2008 cable, this journalist first reported at WorldNetDaily that with U.S. approval, Saudi Arabia was providing weaponry to militias associated with anti-Syrian Lebanese opposition leaders to bolster them against Hizbullah.
The U.S. government cable related a May 12, 2008 meeting between the Saudi foreign minister, Saud Al-Faisal, and David Satterfield, then coordinator for Iraq and senior adviser to Secretary of State Condoleezza Rice.
During the meeting, Faisal petitioned for a “security response” to Hizbullah’s “military challenge” to the government of Lebanon. He warned Hizbullah was poised to push an “Iranian takeover” of Lebanon.
Faisal proposed an “Arab force” to create and maintain order in and around Beirut, which would be assisted in its efforts and come under the “cover” of a deployment of some 20,000 international troops currently in south Lebanon, according to the cable.
Faisal stated the U.S. and NATO would need to provide the secret Arab contingent movement and logistic support, as well as “naval and air cover,” the cable related.
One day before that cable, this journalist reported on U.S.-supported Saudi efforts to arm the anti-Hizbullah opposition in Lebanon.
The Saudi weapons were provided to militias associated with Lebanon’s Druze leader Walid Jumblatt, then-Parliament Leader Saad Hariri, now prime minister, and former president Amin Gemayel, according to informed security officials who spoke in May 2008.
The weapons mostly consisted of assault rifles, rocket propelled grenades, and combat equipment such as military boot, tents and night-vision goggles, the officials said.

The weapons may have been put to use during urban warfare battles that month between Hizbullah and Jumblatt followers in the town of Aley, east of Beirut. At least two people were killed and four wounded in those clashes.

The government of France expressed deep concern that President Obama’s rhetoric and policy of nuclear disarmament will harm the Western world’s ability to deter threats from aggressor countries, according to U.S. State Department cables revealed by WikiLeaks and reviewed by this column.
France also was dismayed that Obama’s nuclear summit held last April did not single out Iran’s illicit nuclear program, but instead focused on the disarmament of the West.
“France’s concerns go beyond the conference, however, to include larger issues of the link between disarmament and deterrence, as well as non-proliferation,” read a July 2009 cable from the U.S. embassy in Paris summarizing the French position on Obama’s nuclear stance.
France took specific issue with a series of remarks from Obama that the French believe could be used to the “advantage” of nonproliferation treaty violators.
Among Obama’s concerning remarks:
“The notion that prestige comes from holding these weapons, or that we can protect ourselves by picking and choosing which nations can have these weapons, is an illusion.” – Obama in Moscow in August 2009
“No single nation should pick and choose which nations hold nuclear weapons. That is why I strongly reaffirmed America’s commitment to seek a world in which no nations hold nuclear weapons.” – Obama in his address to the Muslim world from Cairo in June 2009
Stated the cable: “Several of our French interlocutors have expressed concerns that these statements focus more on disarmament than on non-proliferation.”
The cable summarized the French position: “For France ‘nuclear weapons are not bad or good, they just are.’ Thus, France continues to oppose the phrase ‘a world free of nuclear weapons,’ which…implies a moral judgment.” 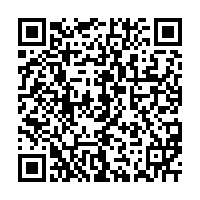