Rabbi Asher Lopatin of Chicago is set to succeed Rabbi Avi Weiss next year at the helm of Yeshivat Chovevei Torah, the Modern Orthodox rabbinical school founded by Weiss.

Lopatin is the spiritual leader of Anshe Sholom B’nai Israel Congregation, a high-profile Modern Orthodox synagogue in the Lakeview neighborhood of Chicago that counts Mayor Rahm Emanuel among its occasional congregants. A former Rhodes Scholar, Truman Scholar and Wexner Fellow, Lopatin was ordained by the late Rabbi Ahron Soloveichik of the Brisk yeshiva in Chicago and by Yeshiva University’s rabbinical school, the Rabbi Isaac Elchanan Theological Seminary (RIETS).

Rabbi Lopatin has been listed among Newsweek’s America’s 50 top rabbis.

“We at Yeshivat Chovevei Torah Rabbinical School (YCT) believe that the future of Orthodoxy depends on our becoming a movement that expands outward non-dogmatically and cooperatively to encompass the needs of the larger Jewish community and the world,” the school says on its website.

That would be an apt description of Lopatin’s approach to Jewish life, say those familiar with his 18-year tenure at Anshe Sholom.

Under Lopatin’s stewardship, the synagogue has “become really cutting-edge in progressive approaches to Orthodox tradition while remaining firmly Orthodox,” Rabbi Paul Saiger, the president of Rabbi Lopatin’s shul, told JTA. “I moved to the community because he was the rabbi and he was revitalizing the congregation. He helped build a community day school, an eruv, a mikvah.”

Reached by telephone, Rabbi Weiss said that Rabbi Lopatin’s appointment wasn’t official yet, and Lopatin told JTA that an announcement would be premature, but the succession plan already has been shared with insiders at YCT, and Lopatin told his Chicago congregation about a month ago that he’d be stepping down in June of 2013. 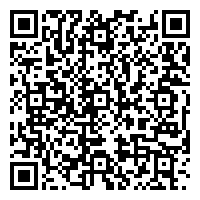