Judge Oded Gershon of Haifa District Court ruled today that the death of Rachel Corrie in 2003 was an accident.  In a 62 page verdict, the judge stated there was no liability on the part of the Israel Defense Force.  He also found there was no fault in the month-long military investigation which the Israeli military undertook immediately following Corrie’s death.  The Israel Defense Force has been cleared of responsibility.

The judge found that Corrie was in a closed military zone.  Further, he ruled that, based upon the evidence, the driver of the bulldozer,  whom the plaintiffs had claimed intentionally or negligently killed Corrie, could not have seen the International Solidarity Movement volunteer before she was struck.  Corrie could have saved herself, the judge found, if she had removed herself from the situation.


All claims of negligence against Israel in the death of Rachel Corrie have been dismissed.  Corrie’s parents, the plaintiffs in the wrongful death case, will not be charged with court costs. 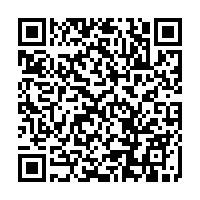