Criminal assault charges have been filed against the rabbi of the Jewish community in oberfränkischen Hof, Rabbi David Goldberg, for circumcision for religious reasons. Chief prosecutor Gerhard Schmitt confirmed that the complaint was filed by a doctor from Hessen, which is under the jurisdiction of the Cologne Regional Court, which decided a while ago that non-medical circumcision was a criminal offense.

According to the “Judische Allgemeine,” Rabbi Goldberg, who is also a mohel, or religious circumciser, was informed by journalists about the lawsuit.

It was the first time that a rabbi has been charged with a criminal violation in the Federal Republic of Germany because he performed a religious ritual..

Maram Stern, vice president of the World Jewish Congress, said there was an urgent need to create legal certainty about this matter. “We hope that the prosecutor will show sensitivity regarding this issue and will not initiate an investigation against the mohel.” 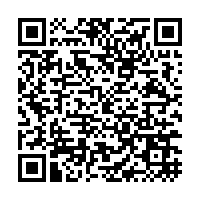