Billionaire philanthropist Sheldon Adelson and his wife have donated $500,000 to an independent super PAC that endorses Rabbi Shmuley Boteach’s congressional run for the 9th Congressional District in northern New Jersey.

The casino mogul and his wife, Miriam, each gave $250,000 to the Patriot Prosperity Political Action Committee, which is supporting Boteach’s candidacy against the incumbent – Democratic U.S. Rep. Bill Pascrell, according to the Wall Street Journal, which cited “people close to the Adelsons and the PAC.”


The Adelsons previously gave $10,000 directly to Boteach’s campaign. Sheldon Adelson and Boteach are personal friends, and Boteach recently wrote an article in The Jewish Press harshly condemning the “below-the-belt attack” by David Harris, President of the National Jewish Democratic Council, who accused Adelson of personally approving prostitution in his casinos.

In a statement to The Jewish Press Boteach said,”I treasure the Adelsons’ support. They have been dear friends for a long time and were among the earliest backers of my campaign. Not only are they heroes in the Jewish community for their mega-philanthropy, but they are among the most generous and sophisticated political donors in the country.

“Their decision to support my campaign – and, apparently, to help fund a group that will be backing my campaign – proves that there’s a passionate need in American politics for a values-based candidacy. This donation is a game changer.”

The Adelson’s have been active philanthropists in a variety of Jewish causes, giving close to $100 million to Birthright Israel, $25 million donation to Yad Vashem, as well as donations to the Shalem Center in Jerusalem and the Zionist Organization of America, among other groups.

Boteach’s platform includes support for school vouchers and making marital counseling tax deductible in an effort to lower the divorce rate. He has criticized his opponent for signing a letter with 53 other Congressmen which condemned Israel for “collective punishment” against Palestinians in the Gaza blockade. 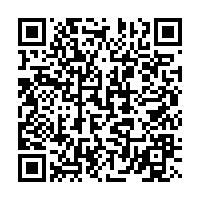