(JNi.media) The Boycott, Divestment and Sanctions (BDS) movement in Valencia, Spain, has asked the 22nd European Reggae Festival, known as “Rototom,” which began this weekend in the province of Castelló, to cancel Jewish rapper Matisyahu’s performance because he has “participated in pro-Zionist festivals and has said that Palestine does not exist,” alternativenews.org reported.

A Friday report in El Confidencial, titled “The rabbi of reggae, with one foot out of Rototom because of the pro-Palestinian boycott,” said that Matisyahu is being kicked out for siding with the Zionist camp and the colonial occupation of Palestine by Israel.


“His lyrics speak of peace, love and friendship, but his actions do not match,” says the report, citing the BDS camp in Valencia.

Matisyahu, an American reggae rapper and alternative rock musician who blends Jewish themes with reggae, rock and hip hop beatboxing sounds, has performed with Kenny Muhammad, a Muslim beatboxer, and has recorded the song “One Day” along with Akon, who is also Muslim.

Although not an Israeli citizen, Matisyahu, then still known as Matthew Paul Miller, did participate in the fall of 1995, (at age 16) in a two-month program at the Alexander Muss High School in Hod Hasharon, Israel.

Festival director Filippo Giunta asked Matisyahu to publicly state his position on a Palestinian state and on Israeli military violence, particularly during the 2014 Gaza war.

Matisyahu on Thursday promised to provide an answer, according to the report, but, according to El Confidencial, as of Friday at noon no word came from the singer/musician.

El Confidencial suggested that Giunta delayed making his decision for as long as he could, which was “indicative of his doubts and misgivings” regarding the decision to kick out a major artist over an unrelated political dispute.

“After having repeatedly sought dialogue [with Mattisyahu], the artist was unavailable to speak out clearly against the war and the Palestinians’ right to a state of their own. Accordingly, the Mattisyahu concert scheduled for August 22 was cancelled,” the Rototom festival finally announced Friday.

Rototom’s statement noted that it has “proven countless times [its] sensitivity to Palestine, its people and the occupation, particularly by holding multiple debates in its World Social Forum.”

Valencia BDS director Jorge Ramos Toulouse told El Confidencial that “before launching this public campaign, we asked the artist clearly to show his support for peace. We proposed that, even in a tweet, he should say he was in favor of compliance with the resolutions of international law regarding Palestine.”

“Of course, he did not,” said Toulouse, noting that, on the other hand, Matisyahu “came out publicly against the Gaza Flotilla.” 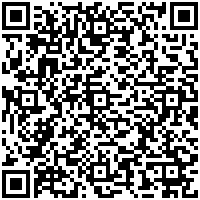