Some 200 protesters are demonstrating outside the hospital in solidarity with Alla’an who is now unconscious due to his extensive hunger strike. The demonstration is being secured by Israel police forces.


The counter demonstration by Jewish protesters has been marred by rioting and public disorder.

Five protesters were arrested, including one who hurled a rock at the vehicle of a Palestinian Authority Arab journalist, causing some damage.

Alla’an, who continued his hunger strike for more than 60 days before lapsing into unconsciousness on Friday, was placed on medical support Friday after he experienced hallucinations and convulsions.

The patient was provided with a respirator and saline via IV; he was also taken for a CT scan to determine whether he had lapsed into a coma. As of Saturday night he was listed in stable condition, and his condition remained unchanged as of Sunday evening. 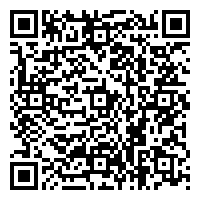