An Israeli rabbi and American Christian pastor have joined together to combat discriminatory practices against non-Muslimes at the Temple Mount.

Rabbi Yehudah Glick Glick, chairman of the Temple Mount Heritage Foundation, and Pastor Ketih Johnson, founder of the Biblical Foundations Academy International group in Minneapolis, Minnesota, say they will use Pope Francis’ visit to Israel at the end of May to ask the pontiff to become an ambassador for religious freedom.


“We have formally asked Pope Frances to join us in urging Israeli government officials and Muslim religious leaders to support change of the status-quo regarding prohibiting prayer on the Temple Mount,” said Rabbi Yehudah Glick,

Police have repeatedly been banned Rabbi Glick from the Temple Mount for the “crime” of praying at Judaism’s holiest site. Earlier this year, he and Pastor Johnson were ushered off the Mount by Israeli police.

“We are not interested in promoting politics, but rather calling for a peaceful path for prayer up on the Temple Mount for all nations,” Johnson said. 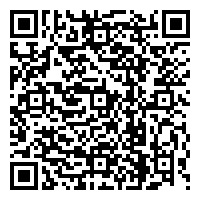