Company sales grew 6% to $860 million from $810 million the year before. And while the rest of the Israeli food market experienced a decline of 1.7%, Rami Levi’s store sales increased by 0.5% compared with 2013.

But despite the increase in sales and gross profit — Rami Levi’s operating and net profit suffered from a 12% increase in the costs of selling, marketing, general and administrative expenses, which totaled $153 million.

The increase in expenses is primarily due to the opening of six new branches during 2014 and early 2015. 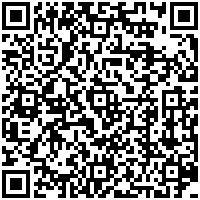