Arab media reports that at least two rockets were launched at southern Israel by Gaza terrorists at around 9:15 pm Sunday night.

#IronDome interception over Ashkelon. A few minutes ago several rockets were fired toward Israel from the Gaza strip. https://t.co/VHeqEL10Ox


One rocket was intercepted by Israel’s Iron Dome anti-missile defense system, indicating the projectile was headed towards, and would have landed in, a populated area.

A 26-year-old woman who lives in Ashkelon was taken to the city’s Barzilai Medical Center for a mild facial injury; the woman slipped and fell while rushing for a bomb shelter during the attack.

The Red Alert incoming rocket siren activated in Ashkelon and its industrial area as well as in number of the Gaza border towns of Mevaki’im, Zikim, Yad Mordechai, Carmim and Netiv Ha’Asara.

It is not yet clear where the other rocket/s landed. 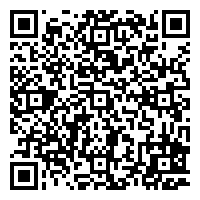