The recent massacre at a Jewish school in Toulouse “triggered an explosion” in anti-Semitic attacks across France, according to the French Jewish community’s protection service.

Last Saturday afternoon, three young Jewish men came under attack on their way to synagogue in the French city of Villeurbanne near Lyon, sustaining injuries inflicted by at least 10 men described as being of North-African origin.


Shmuel Mikias, 18, Levi Azoulay, 19, and Shmuel Bitton, 23, had just left a friend’s house where they had enjoyed a Sabbath lunch and were walking towards the Ecole Beth Menachem – a Chabad-Lubavitch run community school where they attended high school – when they encountered three men.

The non-Jewish men “swore at them, spat on them and beat them,” detailed the father of one of the boys, David Azoulay. The boys “thought that was the end, but after walking just another 500 meters, 10 more people started attacking them with hammers and iron bars.”

Azoulay’s son sustained an open head wound and one of his friends was injured in his neck. Both required hospitalization.

“They struck my son’s head with a hammer,” said Azoulay. “His head was opened. He needed four stitches.”

The perpetrators fled when police arrived.

Israel expressed its “profound concern” on Monday following the Villeurbanne attack in a statement from its ambassador:

“The Israeli ambassador to Paris expresses his profound concern in the face of Saturday’s attack on three Jews in Villeurbanne. These three people wore a kippa (Jewish skullcap) on their heads. It would seem that such violent attacks on French citizens of Jewish origin are brought about solely because of their ethnicity.”

The Service de Protection de la Communauté Juive, or SPCJ, made the observation in a statement about its report released Monday, which documented more than 90 anti-Semitic incidents in the 10 days that followed the March shooting at a Jewish school in Toulouse that left four dead.

The SPCJ report was released two days after the violent anti-Semitic attack on June 2 against three Jews at Villeurbanne near Lyon.

The report relies on data compiled by the French Interior Ministry since the March 19 Toulouse shooting, in which Muslim radical Mohamed Merah killed three children and a rabbi at a Jewish school.

The last violent incident recorded in the interim report occurred April 30 in Marseille. A Jewish man and his friend were assaulted by people who self-identified to the victims as Palestinians and promised to “exterminate” the Jews, according to the report. The perpetrators assaulted the man, causing him internal bleeding.

SPCJ called the situation “deeply worrisome” and added that it reflected “empathy” on the part of some attackers toward the actions of Toulouse shooter Merah.

“These extremely serious acts are a deliberate attack against our Republic, which allows everyone, without exception, to live freely and in all safety in their religious affiliation,” read the statement.”

Newly-elected French president Francois Hollande in the past said he was “relentless in the fight against anti-Semitism,” and that “security of Jews in France is not a problem of a particular community, it is that of the national community. It’s not up to French Jews to defend themselves but rather to the Republic to protect them. I will not let anything pass, anti-Semitic acts as well as words and more broadly anything that may contribute to a climate which would isolate Jews within their own country.” 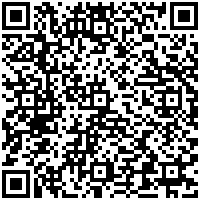