What can explain the Shades of Grey phenomenon? Why are so many women reading a book about submission in an age of feminine liberation? Several national magazines have tackled the question, but no one seems to answer it satisfactorily.

Women worked so hard to achieve parity with men and to even win independence from them. They have even overtaken men in many areas. Sixty percent of all college degrees are awarded to women. Boys can’t keep up with the girls in High School, even in subjects like mathematics and the sciences where the boys used to dominate. Three out of four of the last Secretaries of State were women. And about seventy percent of divorces are initiated by wives. It’s the women rejecting the men and not so much the opposite. Battle of the sexes? The men lost.


Yet now women are fantasizing about submission before men, obsessing over a book where a young, liberated female college student signs an agreement to be completely submissive to a billionaire businessmen.

Some writers have said that the explanation lies in the modern woman’s inability to carry the entire burden that has been placed on her. As she struggles to balance career, family, and other responsibilities, she just wants someone to lighten her load. She wants someone to take full control so she gets a break. And a book about a man taking over her life is thereby, in a sense, liberating. But if that were the case then a novel about a woman getting a really good housekeeper and financial planner could have been just as adequate. Why submission?

Our world has little understanding of lust. We put all our emphasis on love. We watch romantic comedies about men and women slowly falling in love, in a low-simmering manner. We laugh with them until they tie the knot and live happily ever after in their comfortable, humorous, cozy little lives. We offer platitudes like love as if they were the most powerful emotion in the world.

But here is simple proof that it is not. About eighty percent of the men who cheat on their wives claim to love their wives. Except lust for another woman has superseded their love.

In truth, lust is the most powerful emotion in the universe. Yes, it is far more temporary than love and it wears off much more rapidly. Yet, like a long-distance runner competing with a sprinter in a 100-meter-dash, love doesn’t stand a chance.

That’s why in Judaism a husband and wife are not supposed to get so close to a member of the opposite sex to whom they are not married. We’re not supposed to allow lust to grow to such an extent where it begins to challenge love. Love can compete in the long term, but rarely in the short.

And, in truth, lust is one of the most necessary components of a marriage. I pity the husband and wife who have ceased lusting after one another. In so doing they have lost the deep, carnal passion that draws them to one another and makes each feel desirable. We all want to be wanted, need to be needed, desire to be desired.

The Bible concurs. The tenth commandment is that a man should not lust after another man’s wife, which means, by direct implication, that he ought to be lusting after his own wife.

So why do we so disparage lust? Why do we trumpet love at lust’s expense?

For two reasons. First, we mistakenly think that lust is something merely physical. We wrongly attribute it to being of the body. In truth lust is the feverish, intuitive gravitation of masculine to feminine and feminine to masculine. Real lust occurs when there is perfect polar alignment between masculine and feminine opposites. Lust is what magnetizes an otherwise ordinary man and woman to become infatuated with each other. It is not merely of the body but is rather the arrangement of two opposing energies that causes us to passionately incline toward one another. 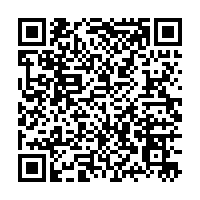