The website kipa.co.il reports that Col. Lior Hochman, Commander of the 460 Armored Corps Brigade, prohibited the brigade rabbi from speaking at a military ceremony held Wednesday, in the presence of soldiers, officers, and their families.

Brigade Chaplain Captain Rabbi Zev Runes had participated in rehearsals for the ceremony and was expected to speak about the fighting spirit and Jewish heritage, but was dismissed from the program at the last minute as the ceremony was starting, on the Brigade Commander’s orders.

Col. Hochman told his brigade rabbi that he was not going to allow him to speak in the presence of soldiers’ families out of concern that he might deliver messages which are incompatible with the spirit of  the brigade or of the IDF. Hochman explained that, according to regulations, rabbis are supposed to speak only at swearing in ceremonies, and not at other events.

Policy regarding the exclusion of IDF rabbis from official ceremonies at armored and infantry brigades has been instituted recently, in light of the exclusion of women on various occasions in Israel, and the decision of the General Staff to limit visits by civilian rabbis to Army units.

In response to a Jewish Press inquiry, the IDF Spokesman’s office replied: “A thorough investigation revealed that this incident didn’t happen. We regret that the website in question failed to investigate its facts prior to publication.”

The 460 Armored Corps Brigade, also known as the “Bnei Or” (children of the light) Division, is the training academy for the Armored Corps, located at the Shezifon base in the Negev. 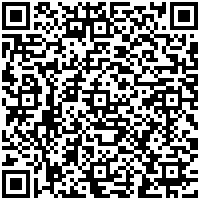