(JNi.media) Jeremy Corbyn’s campaign to take over the Labour party of was funded, at least in part, by Dr Ibrahim Hamami, director of the Palestinian Affairs Center, a pro-Hamas group, The Telegraph reported Saturday. The newspaper claims Hamami gave Corbyn $3,100 in August. The report also says the good doctor, one of Corbyn’s top three backers, also supports the current wave of terror against Israel.

Dr Hamami is well known to Corbyn, who has notoriously called Hamas operatives “friends.” Corbyn has shared public platforms with Hamami at least twice, according to the report. Apparently, Corbyn listed the donation as having been made by “Dr Ibrahim Hamam,” which is why it hadn’t been flagged earlier. Hamami confirmed to the Telegraph that he was, indeed, the donor.


Hamami, who views the PLO leaders as traitors because of their tacit acceptance of Israel, in 2009 wrote in the pro-Hamas website Palestine Info that Hamas would recognize the PLO only if it abolished its 1985 renunciation of terrorism, tore up the Oslo peace accords and dismissed “Israel’s so-called right to exist.”

Last week on his Facebook page, Hamami sang the praises of the current wave of terrorism in Israel, describing the Arab attacks on civilians as acts of “dignity, freedom and honor.”

Corbyn has also received at least $7,800 from Interpal and the Palestinian Return Center, an organization Israel has named “Hamas’s organizational branch in Europe.” 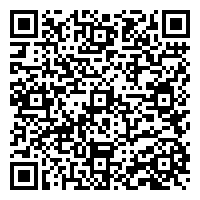