Syrian website Zaman Al Wasl reported Tuesday that the Israeli air force over the weekend attacked a military installation south of Homs, with an air defense division and a compound of an air defense school of the Syrian Army. According to the report, the Israeli planes did not train their rockets at the air defense systems but focused on the base warehouses, which were stocked with anti-aircraft missiles. The attack resulted in major damage to the stocks.

According to reports, the Israeli airforce planes flew very low above the region, and were exposed throughout the attack to the defense systems, but the Syrians apparently held back and did not fire at the attackers.


The Homs area is a war theater involving President Assad’s forces, rebel forces and ISIS troops, but Zaman Al Wasl, which has a reputation for reliable reports, insists the attackers were Israeli.

This would be the first attack ordered by the new defense minister Avigdor Liberman, who on Tuesday visited the northern front with Chief of Staff Lt.-Gen. Gadi Eizenkot, GOC Northern Command Maj. Gen. Aviv Kochavi, and senior officers in the Northern Command.

During the tour, Liberman said, “I’ve been hearing today reviews of this region, which is always sensitive, and I can say that our northern border is in good and secure hands.” He noted: “We have no plans here other than to maintain the quiet, I hope everyone understands this well enough, including our neighbors, and in any case I don’t suggest for anyone to try and test us.” 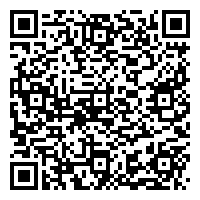