Peres’s appearance was contingent on his comments during the meeting remaining confidential and foreign ministers asking their questions indirectly via interviewers. It has now been revealed that Peres spoke about how Israeli-Arab dialogue could take place regarding the common ground of struggles against a nuclear Iran and radical Islam.

“There was a lot of excitement from both sides from his appearance… Everyone understood that this is something historic: The president of the Jewish State is sitting in his office in Jerusalem with an Israeli flag, and they’re sitting in the Persian Gulf talking about security, war on terror and peace,” said a representative who was involved with the event.

Middle East Forum President Daniel Pipes told JNS.org, “That a leading Israeli figure addresses and, apparently, is well received by Muslim foreign ministers is itself an encouraging development.” Yet the secret nature of Peres’s appearance is indicative of the Israeli president’s “reputation for underhanded dealings, diminishing from the utility of the event,” Pipes said. 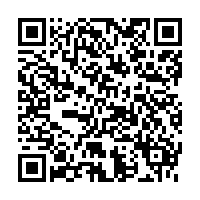