Some 55 Poles who have been named Righteous Among Nations over the years by Yad Vashem attended a luncheon gathering Sunday at the Warsaw Marriott Hotel sponsored by the Jewish Foundation for the Righteous.

Unfortunately, as highly as Jews praise the sacrifices made by these brave Poles, it is difficult to overlook Poland’s abysmal record in caring for its Jewish citizens under German occupation.


To date, about 6,400 Poles, out of a population of more than 22 million, have been named Righteous Among the Nations. That’s 0.21 percent (less than a quarter of 1 percent) of Polish Jews receiving help from Poles. Some 3 million Polish Jews perished in the Holocaust, many of them turned in by their Polish neighbors.

In the Netherlands, with a Jewish population of 154,887, there were 5,204 gentiles named Righteous Among Nations, which comes to 3.6 percent of Dutch Jews being saved by their neighbors.

In France, where 350,000 Jews, including many refugees, lived at the beginning of the war, there were 3,513 Righteous Gentiles, meaning about 1 percent of French Jews were saved by their neighbors.

In a series of speeches at the Warsaw event, Israeli Ambassador Zvi Rav-Ner and other Jewish representatives thanked them for their actions and praised their heroism.

“You, the righteous of the world, think your behavior was ordinary, but we all know it was something more than that. It was truly extraordinary,” said Stanlee Stahl, the executive vice president of the Jewish Foundation for the Righteous.

Those who attended the event called it a “moving occasion,” particularly given the age of most of the rescuers in attendance.

At a ceremony in Krakow one week before the Warsaw gathering, Rav-Ner posthumously honored five Polish women as Righteous Gentiles, presenting the awards to their grandchildren.

In Belgium, with a Jewish population of 100,000 on the eve of World War 2, there were 1,612 Righteous Gentiles, who managed to save 1.6 percent of their Jewish neighbors.

Even the record of Germans living in Nazi Germany was slightly better than that of the Polish citizenry. With 214,000 Jews in 1937, there were 510 Righteous Gentiles who saved about 0.24 percent of the local Jews.

The New York based Jewish Foundation for the Righteous was established in 1986 to offer financial help to gentiles who saved Jews during the Holocaust. The organization supports more than 750 needy rescuers in 22 countries. The foundation also runs an educational program in the U.S. 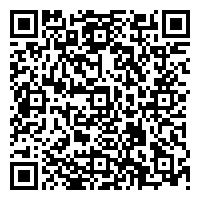