An officer and a soldier were lightly injured on Friday from rocks thrown by Arabs during riots in Judea and Samaria. The officer was injured in Kfar Kadum, west of Sh’chem, and the soldier was injured in Bal’in, west of Ramallah. Both received medical care on the spot.

In Bitunia, north of Jerusalem, dozens of Arabs threw rocks and firebombs at Israeli security forces. No one was injured on the Israeli side. An IDF soldier who thought his life was in danger shot at a rioter who was throwing a Molotov cocktail at him. The Red Crescent transported the injured Arab to a Ramallah hospital.

The IDF has detained overnight 30 of the residents of the Al Aroub refugee camp north of Hebron, after several dozen Arabs had lobed firebombs at an IDF post near the camp. No one was hurt but damage was caused. Three Arabs were held over for further interrogations and the rest were released. 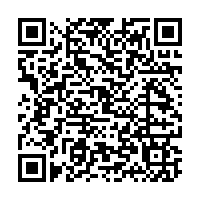