Mitt Romney will visit Israel during the presidential campaign.

The Times quoted Ron Dermer, a top adviser to Netanyahu, as saying that Romney is a “strong friend of Israel and we’ll be happy to meet with him.”

Romney has said that his first foreign visit as president would be to Israel. Barack Obama visited Israel as a candidate in 2008, but has not visited as president.

The former Massachusetts governor has faulted Obama for not making more clear to Iran that it could face military consequences if it does not stand down from its suspected nuclear program and for calling on Israel to negotiate based on the 1967 lines.

Obama’s support among Jewish voters remains in the low 60s, about 15 percentage points ahead of the general population, but below the sky-high approval ratings at the outset of his presidency. Pollsters attribute the drop mostly to the economy, which dogs Obama among the general population as well.

Obama’s  campaign has been emphasizing the closeness of the U.S.-Israel military relationship, noting that in October, Israel and the United States will stage the largest-ever joint anti-missile exercise. 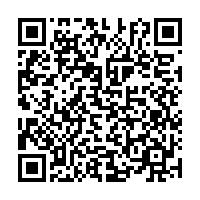