The Jewish Hospital in Berlin has suspended all religious circumcisions of children following a ruling delivered by a German court on June 24 banning the practice.

The district court in Cologne ruled that circumcising young boys “is a serious and irreversible interference in the integrity of the human body,” and raised an outcry of protest from Jewish and Muslim groups, both religions performing circumcisions on their children as a symbol of religious faith.

The ruling was made on a case in which a 4 year-old Muslim boy’s circumcision by a doctor led to pervasive bleeding and medical complications.

Gerhard Nerlich, a spokesman for the hospital, announced that “we are suspending circumcisions until the legal situation is clarified”.

The hospital performs approximately 100 religious circumcisions a year.  Two surgeries scheduled to take place were cancelled by the hospital, with calls placed to the families explaining the reason.

In its ruling, the court found that performing the religious circumcisions impinged on a child’s “fundamental right to bodily integrity” and was “against the interests of a child to decide for himself later on to what religion he wishes to belong”.  “Even when done properly by a doctor with the permission of the parents, [circumcision] should be considered as bodily harm if it is carried out on a boy unable to give his own consent”, the court said.  It noted that once a boy reaches the age of consent, he will be permitted to have a religious circumcision performed on himself.

The president of the Central Council of Jews in Germany condemned the ruling as “an unprecedented and dramatic intrusion on the self-determination of religious communities”, calling it “outrageous and insensitive”.

Rabbi Shimshon Nadel of Har Nof, Jerusalem, said the ruling was indicative of Germany’s sentiments toward Jews.  “Throughout Jewish history, there have been many attempts to ban circumcision – this is nothing new, and unfortunately, anti-Semitism is once again rearing its ugly head in Germany,” he said.  “The circumcision procedure is something that is safe when performed by a trained mohel [performer of ritual circumcisions], we’ve been doing it for thousands of years, so it really comes down to the training of the mohel.”

The World Health Organization estimated that approximately 1/3 of men around the world are circumcised.

Germany is home to millions of Muslims and over 100,000 Jews.

Chabad of Berlin could not be reached for comment. 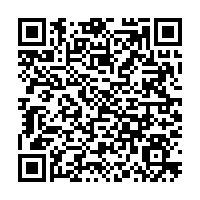