Jewish Voice for Peace members said its members were rebuffed as they attempted to deliver a letter to the Boston headquarters of Mitt Romney.

A half-dozen members of the group attempted to deliver the letter on Monday calling on Romney, the presumptive Republican presidential candidate, to apologize for saying in Jerusalem that the differences between the Israeli and Palestinian economies were due to cultural differences.


The group said it collected slightly more than 17,000 signatures on the letter, which claimed that Romney’s statements on the growth of the Palestinian and Israeli economies “were inaccurate and misleading.”

“Essentially they refused to send someone out,” said Rabbi Joshua Berman, who chairs the Boston Jewish Voice for Peace chapter. “We wanted to deliver the petition and they refused to talk to us.”

The petition says that “Israel’s Occupation of Palestinian land makes it impossible for the Palestinian economy to succeed, not ‘cultural differences.’ Your comments were not a reflection of the values Jews, Americans, and our allies hold dear. We call on you to apologize to the Palestinian people for your willful lack of understanding of the facts on the ground and the racist assumptions behind them.”

In a prepared statement, Berman said that “Governor Romney is ignoring the elephant in the room, which is Israel’s 45-year-old military occupation of Palestinian lands.”

The group’s website says it opposes anti-Jewish, anti-Muslim, and anti-Arab bigotry and oppression.

The Anti-Defamation League has included Jewish Voice for Peace on its list of top 10 anti-Israel groups. 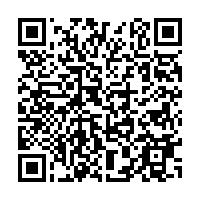