Suhila Abd el-Salam, the sister of Hamas Prime Minister in Gaza, Ismail Haniyeh, accompanied her husband for treatment in an Israeli hospital four months ago. According to Israel’s Ynet News, the sister’s husband was admitted to Beilinson Hospital in Petach Tikva, for immediate medical treatment following a serious heart condition.

Because Gaza hospitals could not properly treat the condition, Haniyeh’s sister and her husband requested permission to travel to Israel to receive the necessary medical treatment. The husband was taken by a Palestinian ambulance across the Erez crossing, where he was transferred to an Israeli MDA ambulance. He was taken to the hospital with his wife, who was with him during the entire week until his condition stabilized.


The couple could have gone to a more advanced medical center in Egypt but opted to come to Israel for medical treatment instead.

According to the Ynet report, Israeli sources have refused to address the report and Beilinson hospital said that it could not offer any details on the visit.

This was not the first time that a Gaza resident was treated in Israel. This past March, a 15-year-old Palestinian boy transported to the Kaplan Medical Center in Rehovot after suffering from severe burns and shrapnel injuries from an alleged rocket launching pad that was set up in Jabalya, a neighborhood in northern Gaza.

Israel’s Civil Administration released a report in March stating that 115,000 Palestinians were treated in Israel in 2011, a 13% increase in comparison to the previous year. “Every year more patients are sent to Israeli hospitals,” said Dalia Bassa, Civil Administration Health Coordinator. Over 100 Palestinian doctors interned at Israeli hospitals and five organ transplants were performed to save the lives of Palestnian patients treated in Israel.

Furthermore, data published in the World Health Organization’s February 2012 report reflected the efforts of both the Coordinator of Government Activities in the Territories (COGAT) and the Israeli government to facilitate passage of Palestinian patients from Gaza to Israelis hospitals. According to the published data, over 90% of requests for medical treatment at Israeli hospitals were approved and carried out.

The sister and brother-in-law of Ismail al-Haniyeh were no exception to this Israeli government policy of treating medical cases.

Meanwhile, Haniyeh, who refuses to recognize Israel and calls for Palestinian violence against the Jewish state, wasted no time on Monday to declare that Israel was somehow “responsible” for the attack that killed 16 Egyptian soldiers on Sunday night, when terrorists targeted an Egyptian army post and then infiltrated into Israel, using two stolen Egyptian military vehicles. The terrorists were prevented from killing further Israeli civilians when the Israel Air Force shot down the speeding armored vehicle heading towards Kibbutz Kerem Shalom. 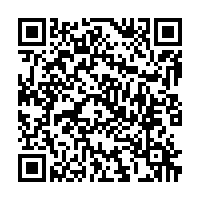