The Muslim Brotherhood, the movement to which newly-elected Egyptian President Mohamed Morsi belongs, released a statement on Monday claiming the Sinai border attack that left 16 Egyptian security officers dead “could be attributed to the Mossad,” according to Egyptian daily Al-Masry Al-Youm.

The Muslim Brotherhood found proof for the ‘Mossad-as-perpetrator theory’ in the fact that Israel “had several days ago instructed Israeli citizens who were in Sinai to leave immediately.” The Islamic movement also said that the incident “attempts to claim the failure of the new Egyptian government that was formed only three days ago” and is “also an attempt to disrupt the president’s reform project and drive a wedge between the Egyptian administration and its people, and the Palestinian government and the people of Gaza.”

Israel indeed renewed its travel advisory against traveling to the Sinai last Thursday. “The information we have indicates that terrorist organizations in the Gaza Strip, as well as other groups, are continuing to attempt terror attacks… against Israeli tourists staying in the Sinai in the imminent future,” the National Security Council’s counterterrorism bureau stated at the time. Even after publicizing the travel advisory, Israel received more specific intelligence information of a terror threat emanating from the Sinai, which according to Israeli media was passed on to Egyptian authorities. The Egyptians “made light” of the warning, while Israel’s vigilance allowed its security forces to foil a deadly terrorist attack within Israel.

Abdallah Gohama, the the top tribal chief in Central Sinai, confirmed that the Egyptian authorities were on notice of impending terrorist threats prior to the attack on Sunday night. “Sinai chiefs warned against the precarious security situation in Sinai months ago after extremist groups spread there, and they told authorities that the situation is critical,” he said in an interview with Al-Sharq Al-Awsat. Gohama added that Morsi’s decision to open Sinai-Palestinian border crossings and ease security measures facilitated the proliferation of such groups in the Sinai and Gaza.

In related news, protesters from across the Egyptian political spectrum marched to the residence of the Israeli ambassador in Cairo on Tuesday, chanting anti-Israel slogans and demanding his expulsion. 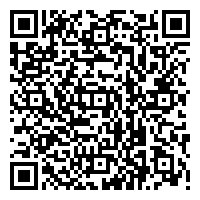