Prime Minister Binyamin Netanyahu held a bank account in a Channel Island tax haven for a short period of time when he was not in the government more than 10 years ago, the Globes business newspaper revealed Wednesday evening.

The “exposé” also details a transfer of less than $3,000 from his account to a law firm whose partners include Shlomo Molho, a close friend and now working with Tzipi Livni as a negotiator in talks with the Palestinian Authority.


There is nothing illegal in the Prime Minister’s financial activities, but Globes noted that the Tax Authority, which was under Netanyahu’s authority when he was Finance Minister, is trying to reduce Israelis’ use of tax havens.

The largest transfer of money that Globes reported was $145,000 from the tax haven account to his account at Lehman Brothers.

The office of Prime Minister Netanyahu did not get overly excited by the Globes report.

“This time, too, your attempts to discredit Prime Minister Benjamin Netanyahu do not fit in with the facts,” the office said in a statement. “We are talking about an account that has not been active since 2003. In 1999 after Netanyahu’s first term as prime minister he made an investment via the account that had no tax advantage over Israel. The accounts and deposits were fully reported to the authorities in Israel including the Israel Tax Authority and were also included in the declaration of wealth filed by Netanyahu with the Israeli authorities.”

Previous attempts to find Netanyahu guilty of improper financial behavior include allegations that he and his wife Sara used gifts for their own use even though they were given to him in his capacity as prime minister. Netanyahu had kept a detailed list of gifts he received, and the case was closed. 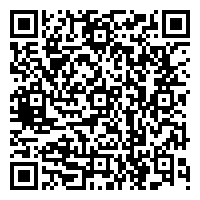