The Israel Security Agency (Shin Bet), soldiers and police have arrested 15 Hamas members in the past several weeks on suspicion of carrying out rock-throwing and Molotov cocktail attacks on Highway 443, which connects Samaria, Jerusalem, the city of Modi’in and Ben Gurion Airport.

Several of those arrested are returnees to terror, having previously been jailed for attacks against Jews. Military official said there is not only a growing trend of the “revolving door terrorists” phenomena, but that the terrorist also are improving their methods and involvement.


Israel previously has received hundreds of terrorists who signed a piece of paper promising they would behave nicely and would not return to terror.

Since then, the released prisoners who returned to their favorite occupation of terror have killed more than 120 Jews the past several years. 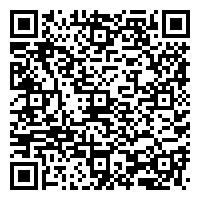