The agreement comes after a dispute that began several months ago over who would manage security arrangements at the airport.


Officials in Dubai had nixed the idea of Shin Bet personnel being posted at the airport, saying it would undermine the emirate’s sovereignty.

Details of the agreement reached between the Shin Bet and Dubai were not released.

A special security division of ELAL manages the security operation on behalf of all Israeli airlines for an annual fee, according to a report by the Paddle Your Own Kanoo industry news website.

The Violence Of The Stranger 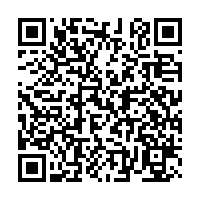