At the Elias Junction towards the entrance to Kiryat Arba on Thursday night, residents said they heard the sounds of gunfire as vehicles passed on the road. There have been a number of ambushes and attacks in that area. Israeli security forces were deployed throughout the area to search for terrorists. No casualties were reported.

Palestinian Authority terrorists also hurled stones at an Israeli public bus around the same time, as it traveled on the road between the communities of Harmesh and Mevo Dotan. No physical injuries were reported in the attack. The status of the vehicle is unknown.

An Israeli driver was attacked about two hours later in a drive-by stoning attack near the community of Aboud. The car was hit by rocks that were thrown from a passing vehicle, according to Hatzalah Without Borders. The Israeli vehicle was damaged, but no physical injuries were reported.

These constant attacks are being encouraged daily in Palestinian Authority media by the Ramallah government, which boycotted this week’s Peace to Prosperity workshop in Bahrain, devoted to helping the PA citizens and their economy, and which praises terrorists as role models for the youth.

The Ramallah government which continues to prioritize major portions of its budget for payments to those who are imprisoned in Israel or killed in the process of trying murder Israelis, and their families, even above other important areas of PA life.

The message to Palestinian Authority youth is clear: peace is not only not a priority, it is something to avoid and sabotage at all costs. And the youth are listening. 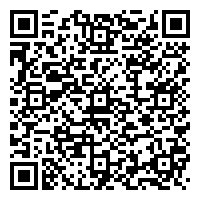