The woman whose name was synonymous with leftist animosity towards Jewish tradition in Israel and Jewish life east of the 1967 border has left us at the age of 86.

Shulamit Aloni, who was first elected to the Knesset in 1965 as part of the Labor party, and was soon edged out by another strong willed woman, Golda Meir. A few years later, Aloni established the Ratz (later Meretz) party and in 1992 received 10 Knesset seats, enough to make her a viable partner in Yitzhak Rabin’s government. In her powerful role as Education Minister, Aloni set out to decimate religious and nationalist education—until she was finally blocked by the Haredi coalition partners. As part of the Oslo government, she set out to dismantle the Zionist endeavor in the “disputed territories.”


Aloni was also active in the area of consumer rights, but every aspect of her efforts in that area, too, included a tinge of her anti-Jewish ideology.

Netanyahu Purges the Bias out of the Israel Prize Committees

The Ghetto Mentality Award for 2013 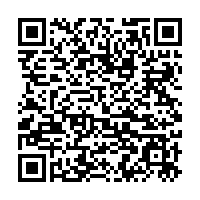