It’s not only Israel contending with tunnels, although for Israel tunnels pose an existential threat.

For the third time this month, a cross-border tunnel was discovered Wednesday (April 20) leading from Mexico to California. Authorities seized seven tons of marijuana and more than a ton of cocaine.


The tunnel, measuring nearly half a mile, is believed to be the longest ever found in California. It was equipped with a rail system, ventilation, lights and a large elevator, making delivery of the smuggled goods much easier and more efficient. Some tunnels along the U.S.-Mexico border have been discovered with hydraulic lifts and electric rail cards, according to Fox News.

The exit on the U.S. side was about three feet wide. Six people were arrested last Friday in San Diego and charged with constructing tunnels and other drug-related crimes. They were not identified and their affiliation is not known.

There are numerous drug cartels doing “business” throughout Latin America, including a number who carry out transactions with Lebanon’s Iranian-backed Hezbollah terrorist organization. 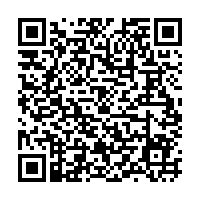