Weather buffs have come up with predictions of accumulations of 2-6 inches in Jerusalem on Wednesday and Thursday.

It appears that all areas 600 meters (2,000 feet) above sea level will see the white stuff pile up.


Snow may fall in lower-lying areas, even in Modi’in halfway between Jerusalem and Tel Aviv, but it will not accumulate, according to current weather maps.

The prediction for Gush Etzion , which includes hills higher than Jerusalem, is for 6-10 inches.

As usually, snow accumulation predictions have to be taken with a grain of – uh – snow because a change of one degree here or there is significant.

The amount of snow in Jerusalem and to the south depends on how far and how fast the storm system moves southward.

In any case, the storm will be previewed by a sudden drop in temperatures Wednesday afternoon and will leave behind freezing weather.

Residents are advised to be prepared for electric outages due to heavy demand for electric and  due to gale-force winds, which are likely to tear down trees and power lines.

Current maps show that a re-rerun might be in store for next week. 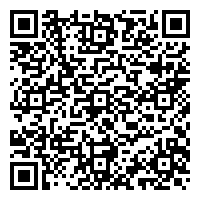