The updated forecast as of Sunday evening in Israel point to heavy rains on Wednesday, with winds of up to 65 miles an hour, and snow in the evening at altitudes of 2,500 feet in the northern Galilee and Shomron.

The storm will spread southward Wednesday, temperatures will drop and snow will fall at altitudes as low as 2,000 feet, which includes the Lower Galilee, Jerusalem, Gush Etzion, the southern Hebron Hills and Mitzpeh Ramon in the central Negev.


The storm will weaken on Thursday but will leave behind very cold temperatures.

This storm is a bit of a fooler. The temperatures on Tuesday will change very quickly in the afternoon and will catch doubters off guard as the thermometer heads for freezing.

The snow will be heavy in the north, and large amounts of hail are forecast in low-lying areas.

As for amounts of snow in Jerusalem, tune in tomorrow. It is too early to know right now..

What is certain is that flash floods will rumble down the Jerusalem and Judean Hills into the Jordan Valley and Dead Sea.

This is unofficial and  bit too long-term to be considered certain, but there is  chance of another snowstorm next week. 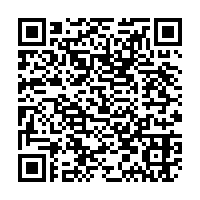