Yishai Schlissel, an ultra-Orthodox Jew from Modi’in Illit, was convicted on Tuesday of the murder of 16-year-old Shira Banki in a stabbing rampage during Jerusalem’s gay pride parade last year. Schlissel stabbed several marchers in the July parade, which he deemed “blasphemous,” killing Banki and wounding six others. He was also convicted of six counts of attempted murder.

Judge Nava Ben Or ruled that “it has been proven beyond reasonable doubt that the accused killed Shira premeditatively.”

This is the second time Schlissel is convicted of stabbing Jerusalem gay pride parade marchers. He was convicted in 2005 for stabbing and wounding several marchers in that year’s parade, and received ten years in prison. He was released just three weeks before attacking the parade yet again and murdered Banki.

The court blasted the Israeli police for allowing Schlissel to enter the parade with “intolerable ease,” despite his history and clear willingness to attack parade-goers. “The writing was on the wall,” the court said.

Schlissel repeatedly claimed in the past that the “blasphemous” parade desecrated Jerusalem’s sanctity and needed to be stopped at any cost. Schlissel refused to be represented by a lawyer throughout the trial, arguing that the court had no authority to judge him since it was not a religious court.

“He was very quiet while running between marchers and stabbing them, not hollering like you would imagine,” testified Eran Tzidkiyahu during the trial. He said he saw the knife being being pulled out of Banki’s back after the stabbing.

“The defendant was previously convicted of similar offenses for which he served a prison term,” commented the state prosecution after the ruling. “Nevertheless, he was not rehabilitated and has never expressed regret or sadness for his actions. He became even more radical and repeated his severe crimes.”

“This will not be the first time he goes to prison, which is a sign that prison doesn’t work,” commented Noam Eyal, who was wounded by Schlissel during the 2015 parade, after the conviction. “He is dangerous to the public and should not ever see the light of day.”

Another victim, Sheli Bar Lev, said she felt “relieved that he will not be coming to any parade ever again.” 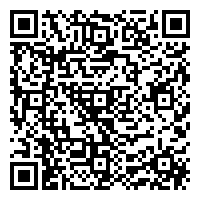