Well, time to add another genius who let us down to the list.

Perhaps the world’s best known scientist, Stephen Hawking, has pulled out of a commitment to give a lead lecture at a major international science conference which willl be held in Israel next month.  The event is also a celebration of the 90th birthday of Israel’s president, Shimon Peres.

However, in a statement published by the British Committee for the Universities of Palestine, allegedly with Hawking’s approval,  Hawking’s change of mind was described as “his independent decision to respect the boycott, based upon his knowledge of Palestine, and on the unanimous advice of his own academic contacts there.”

According to the British newspaper the Guardian, last week Hawking sent a letter to Peres, informing him that he had changed his mind and would not be appearing at the conference.

Hawking has ALS (Amyotrophic lateral sclerosis), and has been confined to a wheelchair for decades. 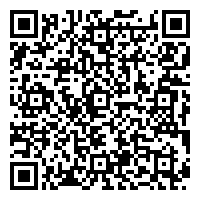