Steven Hill, who starred in “Mission: Impossible” as the versatile team’s leader Daniel Briggs, and as District Attorney Adam Schiff on “Law & Order,” died Tuesday at age 94. He was born Solomon Krakovsky, to Russian Jewish immigrants in Seattle, Washington.

Hill only lasted one season on “Mission: Impossible,” and was replaced by Peter Graves, for being “difficult to work with,” most notably since he refused to work late on Fridays, because of his Shabbat observance. His fellow Jewish cast member Martin Landau described Hill’s only season saying, “I felt he was digging his own grave.”


Hill was apparently less difficult to work with on the set of the long-running series “Law & Order,” whose producer Dick Wolf released a statement following Hill’s passing, saying, “Steven was not only one of the truly great actors of his generation, he was one of the most intelligent people I have ever met. He is also the only actor I’ve known who consistently tried to cut his own lines.”

In a 1996 interview, Dick Wolf called Hill “the Talmudic influence on the entire zeitgeist of the series,” saying “Steven has more moral authority than anyone else on episodic TV.”

Hill’s first Broadway stage appearance was alongside Marlon Brando in Ben Hecht’s “A Flag Is Born,” in 1946. His big break came when he got a small part in the hit Broadway show Mister Roberts. “The director, Joshua Logan, thought I had some ability, and he let me create one of the scenes,” Hill told the NY Times. “So, I improvised dialog and it went in the show. That was my first endorsement. It gave me tremendous encouragement to stay in the business.”

Hill’s role as New York District Attorney Bower in Legal Eagles (1986), foreshadowed his role of Adam Schiff in Law & Order. He modeled these roles on Manhattan District Attorney Robert M. Morgenthau, who served from 1990 to 2000. When Morgenthau found out that Hill was making $25,000 per episode, he told him, “Steven, when you’re ready to retire, let me know. I want your job.” 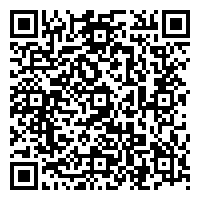