Palestinian Authority terrorists attacked Israeli motorists on Monday night as they traveled through Samaria near the community of Azoun.

A number of cars and other vehicles, including an Israeli public bus, came under a hail of rocks.


The terrorists attempt to destroy the drivers’ ability to navigate, leading either to a fatal crash or to slowing down enough so the attackers could reach them directly.

There have been a number of cases in the past which have led to the deaths of Israeli drivers and passengers as a result of such attacks.

As a result, a few years ago Israel increased the criminal penalties for throwing rocks at a moving vehicle, understanding that such “rocks” are actually lethal weapons. 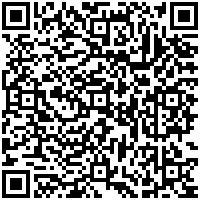