A motorist suffered a panic attack and several vehicles were damaged on Wednesday after Arabs had thrown stones at cars on Rt. 375 (Husan bypass road) near Beitar Ilit in Judea and Samaria.

Despite increased military action and government reports about a calm along the Husan bypass road, News 0404 is reporting a dangerous rise in the number of attacks there. 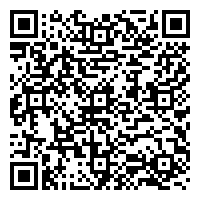