The Sunday Times reported this morning that the world’s newest boogie man, ISIS, is “urging its members to plan for war with Iran and has ambitions to seize Tehran’s nuclear secrets.”


The plan, in essence, is to go to Czar Putin in Moscow, offer him to use the ISIS occupied gas fields in Iraq, and ask in return for “Iran and its nuclear program.”

The Sunday Times folks found those plans in a manifesto typed on perforated sheets (which makes it even more authentic and scary), and attributed to one of ISIS’ “most senior members,” a guy named Abdullah Ahmed al-Meshedani.

Turns out al-Meshedani is part of Isis’s six-man war cabinet, which is “highly secretive.”

Except, how secretive can it be if the Sunday Times knows who’s in it?

The typed manifesto was picked up by an Iraqi special forces unit during a raid in March on the home of one of the commanders of ISIS.

OK, we have to interrupt the flow of this nightmare scenario and ask: Iraqi special forces? Seriously? Are those the special forces that took off their uniforms and shoes and really heavy guns and ran into the fields to avoid getting caught by the apocalyptic jeeps and old trucks of ISIS?

I was just wondering.

Anyway, the Sunday Times is saying this is supposed to be a policy manifesto, prepared for senior members of ISIS, and western security officials believe it is authentic.

But there’s more: according to the Sunday Times, the ISIS manifesto also said to discuss “Nazi-style eugenics” as a means of expanding their influence.

So, to summarize: Some Arab ninjas who scared the living daylights out of the Bush- and Obama-trained Iraqi military want to lay their hands on Iranian nuclear bombs. All they have to do to achieve their goal is to completely reverse Russia’s foreign policy. Oh, and they will be employing late 19th century race “science” to get in the groove.

Like the lady said in “When Harry met Sally,” whatever they’re serving for breakfast at the Sunday Times, I want some. 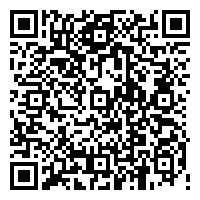