An Arab stabbed a young Hareidi (Ultra-Orthodox) man with a screwdriver in the Beit Hakhoshen (A-Tur) area and fled. The attack happened around 2:30 PM.

The Israeli civilian had exited the Mount of Olives cemetery at about 2:30 p.m. after visiting the grave of a Hasidic rabbi who passed away in July. According to the Jerusalem Police, he was walking towards a nearby bus stop when an Arab man apparently approached him and pushed him to the ground. The attacker then stabbed him several times with a screwdriver and escaped the scene.


The Jewish victim then boarded one of the buses and was taken to a nearby police outpost. He reported the attack to the policemen who called in medical teams and summoned additional police forces to conduct searches for the escaped terrorist.

Magen David Adom paramedics treated the Jewish victim, who sustained stab wounds to his back and neck and was in light condition. He was transported, fully conscious, to Hadassah Mount Scopus Medical Center where doctors said that he was in stable condition.

Content by Michael Bachner/TPS was used in the report update. 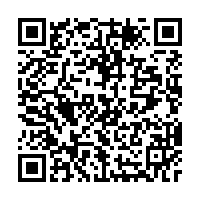