The Free Syrian Army (FSA)  is prepared to honor a “temporary truce” in two provinces,  Homs and Rif Dimashq, to allow humanitarian aid to enter but as rejected a long-term ceasefire, the Arabic-language Asharq Al-Awsat reported.

A nine-month ceasefire has been suggested to allowed the Prohibition of Chemical Weapons (OPCW) to oversee he destruction of Syria’s chemical weapons stockpile.


FSA media and political coordinator Louay Miqdad told the newspaper, “We are fighting to overthrow the regime, and protect civilians. There are no chemical weapons stores in the areas that are under our control, which is something that the Assad regime itself acknowledges, while these storehouses are also not located on the front, so why should we stop fighting? On what basis has this ceasefire request been made?”

The FSA said it is “possible” to arrange a halt in fighting during the upcoming Eid Al-Adha holiday, as suggested by the Arab League and the Organization of Islamic Cooperation (OIC). 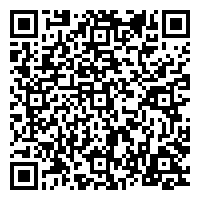