(JNi.media) In October, 2014, Rabbi Yehuda Glick gave a speech at the Menachem Begin Heritage Center in Jerusalem, and when he came out, a man on a motorcycle who spoke with a “thick Arab accent” approached him, asked if he was Yehuda Glick, and shot him four times in the chest. Glick, who survived the assassination attempt, later related that the gunman had apologized before firing at him, saying: “I’m very sorry, but you’re an enemy of Al-Aqsa, I have to.”

Rabbi Glick’s claim to fame as enemy of the early eighth century mosque standing at the Temple Mount Compound, probably stems from his years of leading groups of Jews on walks on the Temple Mount, and his being arrested repeatedly while praying, walking and filming videos in the same place. In October 2013, Glick began a hunger strike to protest a police ban on his entry to the compound, resulting in the police removing the ban after 12 days. An Israeli court awarded Glick damages for two wrongful arrests that took place as he attempted to film officials denying entry to the Temple Mount to Jews dressed in visibly religious clothing. Those are the prerequisites for being an enemy of Al-Aqsa.


Police traced the shooting suspect, Mutaz Hijazi, to the mixed Arab/Jewish neighborhood of Abu Tor. Israeli police said their attempts at arrest were met by gunfire, which resulted in Hijazi’s death.

A year later, Rabbi Glick is celebrating his recovery with the launching by his Temple Mount Heritage Foundation of an online crowdfunding campaign to raise enough money to publish his Temple Mount guidebook, “Arise and Ascend: A Guide to the Temple Mount,” in Hebrew and English, with the Russian language version already in print.

The guide was written by Dr. Meir Antopolsky, whose day job is as Attending Physician in the Dept. of Emergency Medicine at Hadassa Medical Center on Mt. Scopus, Jerusalem.

“Arise and Ascend” has been endorsed by religious leaders around the world and includes introductions by Rabbi Shlomo Riskin, American Pastor Keith Johnson, and Muslim and Islamic scholar Adnan Oktar. The first advance copy of the book was presented by Rabbi Glick to Israeli Prime Minister Benjamin Netanyahu in a meeting during which the two discussed the present situation on the Temple Mount. “He who does not study and understand his past misses out on any understanding of the present and the future,” Netanyahu said during the meeting. “This is the only way we can really understand the connection between the people of Israel [and] Jerusalem.”

The book, researched from historical, archaeological, religious, and Biblical perspectives, leads visitors on a self guided walking tour in a clearly laid out path intended to preserve the sanctity of the Temple Mount. It includes maps, timelines, and color photos, and cites scholastic as well as Biblical and Talmudic sources, drawing from historical accounts, archeological records and scriptural verses to reconstruct the site as it was in the past and explain its present condition.

The online campaign to publish the guidebook was launched Tuesday on Causematch.com. The campaign’s initial goal is to raise $10,000, which will be matched by donors for a total of $20,000 which will be used to print and disseminate copies of the guide book. To date, the appeal has raised $1,270. 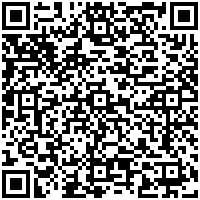