While keeping a safe distance, Border Police questioned her and then searched her, finding a screwdriver on her person.

The woman admitted she planned to commit a terror attack and stab someone. 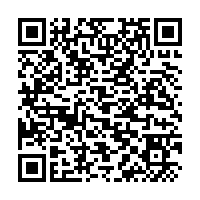