There was a terror attack at the Gush Etzion junction on Friday morning, just after 7 AM.

This time it was a vehicular attack, leaving one IDF soldier lightly injured in the lower body after being hit by the car.


The injured soldier was transported to Sharei Tzedek hospital.

The female terrorist has been neutralized and killed by other IDF troops on site.

Update: Soldiers found a knife on dashboard of her car.

Apparently she was planning a followup stabbing attack after ramming the soldier. 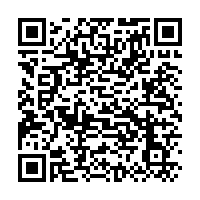