(JNi.media) Israeli Pharmaceutical company Teva appears to be moving into the medical marijuana market, and a pending acquisition could partially relieve the pain of its top drug, Copaxone, going off patent.

Teva, according to a report by The Marker, has made an offer for One World Cannabis (OWC) to purchase the rights to the company’s patents. One World is developing treatments using the compound in cannabis to treat chronic pain, multiple myeloma and other conditions.


OWC recently reported a study by the Sheba Medical Center that showed a 60% reduction of malignant multiple myeloma cells within 24 hours of treatment using the cannabis plant’s active ingredients. OWC is still in the early stages of developing a drug, but the company expects the resultant treatment to be licensed and available by prescription to those patients with myeloma entitled to cannabis-based treatments.

Multiple myeloma is the second most common blood cancer after non-Hodgkin lymphoma. It affects six out of every 100,00 people and attacks the white blood cells, which produce antibodies that fight infection. The malignant cancer cells collect in the bone marrow where they disrupt the normal production of white blood cells. The disease is diagnosed by a blood test and is considered incurable but treatable with steroids, chemotherapy or proteasome inhibitors. The survival rate is 45% for five years.

The news of Teva’s proposal to buy OWC cannabis patents comes with the announcement by Cannabics Pharmaceuticals that it was appointing two Teva executives, Ika Abravanel and Dr. Sigalit Ariely-Portnoy, to its advisory board.

Cannabics is based in Maryland and, like OWC, is developing treatments through isolating the active ingredients in cannabis.

Abravanel has been named senior adviser in the field of operational and strategic planning. He served as Chief Integration Officer, and focused on Teva’s acquisitions and joint ventures. Abravanel was instrumental in providing strategies for the post-merger integration process of acquisitions and was on the steering committee of PGT, a joint venture between Procter & Gamble and Teva.

Dr. Sigalit Ariely-Portnoy was named as senior adviser in the field of regulation, validation and quality. She managed Teva’s largest plant worldwide, was President of Israel’s chapter of the Parenteral Drug Association and manages Gsap, a biotechnology consulting firm.

It may seem like a good idea for Teva to branch out with participation in the American medical cannabis industry and with acquiring patents from homegrown medical marijuana companies, since it will soon lose patent protection for its star drug, Copaxone, which has the leading treatment for multiple sclerosis.

Teva is currently trying to buy its competitors, such as Mylan, which has so far resisted Teva’s advances, even though the latter has raised the bid by $3 billion. Not only has Mylan rejected the offer, but chairman Robert Coury said a deal would be illegal. Teva may resort to a hostile bid if Mylan fails to secure an acquisition of Perrigo, which has resisted Mylan’s raised bid.

Like any suitor, Teva is trying to make itself more attractive, and with added feathers in its cap, it might appeal to Mylan shareholders.

One advantage is that in February, the FDA said it would consider Teva’s application for an extended-release, abuse-deterrent form of the active ingredient in the painkiller Vicodin. Vicodin is a highly popular drug, but it is also vulnerable to abuse, so Teva’s entry into the market may be a boon for Vicodin users, doctors and for Teva. In this light, Teva’s bid for OWC’s patents also makes sense for the company, and its move into the medical marijuana market is likely to be more than mere experimentation. 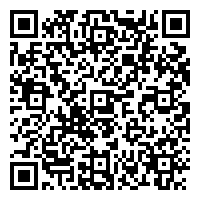