(JNi.media) American R&B singer songwriter Mariah Carey, one of the best-selling music artists of all time, with more than 200 million records sold worldwide, will give her first performance in Israel, at the Rishon LeZions Live Park, on August 18.

A few weeks ago, Carey and her partner, billionaire James Packer, fourth richest person in Australia, were the dinner guests of Prime Minister Benjamin Netanyahu and his wife Sara.


Carey and Packer were in Israel to meet a “spiritual leader.”

In April, Packer’s business partner, Hollywood producer Brett Ratner, said at the Anti-Defamation League Entertainment Industry Awards that Packer owned a home in Caesarea, next door to the Netanyahus, and is now an Israeli citizen.

Maria Carey is a major philanthropist who has been associated with the Fresh Air Fund; co-founded a camp in Fishkill, New York, for inner-city youth; is well-known nationally for her work with the Make-A-Wish Foundation; contributed to the obstetrics department of New York Presbyterian Hospital Cornell Medical Center; was named Hunger Ambassador of the World Hunger Relief Movement; supports the Save the Music Foundation; the list literally goes on and on.

Carey’s net worth is valued at more than $500 million. 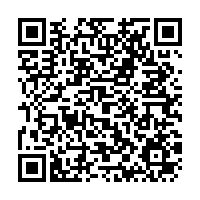