Welcome to Israel, home of Middle East culture that can take you away from Western-style consumerism.

Our tour today begins at the Azriella Mall in Tel Aviv, where we will have a snack. You can choose Israeli delicacies among many stores, such as Burger Ranch, Burger King and McDonald’s.


After saying Grace after Meals, we see on our left a new American Eagle store. On your right is The Children’s Place.

Buy a monthly Egged bus ticket and you might be able to tour most of Israel’s malls, from Haifa to Eilat, and enjoy Toys R Us, Office Depot and a host of other stores that are managed by real Israelis.

The Israel-based Fox-Wizel announced this week that in the next months, there will be 14 authentic The Children’s Place outlets in Israel as well as more American Eagle stores, which already are in 23 locations throughout the country.

Some of the malls will have a most traditional Israeli flavor. For example, the Malha Mall in Jerusalem is closed on the Sabbath. 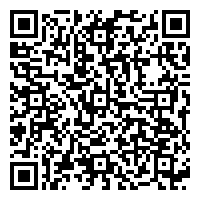