As the holiday of Shavuot is celebrated tonight in Israel, a vast assortment of dairy products can be seen lining the shelves of supermarkets, bakeries and open markets. Everything from cheesecakes and blintzes adorn the dinner table during the holiday that marks the giving of the Torah to the Jewish people who had left Egypt to the “land of milk and honey.”

What most Israelis may not be aware is that nation’s demand for milk and dairy products is mostly supplied by Israeli dairy farms which supply 80% of domestic demand. Imported dairy products cover the rest of the demand.


With the first modern dairy farm established in the Mikveh-Israel agricultural school in 1880, today milk is produced on 940 farms including family farms on moshavim and cooperative dairy farms on kibbutzim across the country. The national dairy herd comprised of about 124,000 heads of the Israeli-Holstein breed. The Israeli Holstein breed was developed by the Israeli genetic improvement system, with the cows adapting to the hot climate.

The Israeli cow is considered a global leader in milk yields, with the highest national milk and milk solid yields in the world according the Israeli Dairy Board. In recently released statistics, the Israeli Dairy Board reported that in 2013, Israel had a total annual output of approximately 1,372 million liters of cow milk, 10.6 million liters of sheep milk and 14.3 of liters of goat milk. The average annual milk yield per cow was 11,781 kg of milk and the annual value of products process is about $2.8 billion.

Over 1,000 healthy and tasty Israeli dairy products fill the shelves of supermarkets. All this is nothing short of miraculous considering the desert conditions of the region, the heat, humidity, endemic diseases, and limited land and water resources.

“Israeli dairy managers have the professional knowledge and some kind of university degree in agriculture, which serves the cows well,” explained Dr. Joshua Miron of the Volcani Center’s Institute of Animal Science, a government-run research institute for the agriculture industry in an interview with Tazpit News Agency.

“The research institutions maintain close connections with the dairy managers as well, so that they are always on top of the latest technological advances,” Dr. Miron told Tazpit.

While dairy cows elsewhere in the world are able to graze in natural pastures, Israeli cows cannot be left out due to the small size of the country and climate. They are fed with locally grown irrigated forage supplemented by imported grain. Employing advanced milking technologies and special monitoring programs helps ensure efficient milk production, with special GPS devices fixed on cows’ collars to sense when a cow needs to be milked.

The success of Israel’s dairy farm production has not gone by unnoticed in the world. Punjab has brought Israeli technology-driven dairy growth to its agrarian state, having sent a team of Punjab farmers last year for dairy training in Israel. Similar Israeli-inspired dairy projects have taken place in China, India, Vietnam and Canada. Delegations of farmers from France, Thailand and Russia have visited Israel’s Volcani Institute, where they learn about the dairy farm industry and see the institute’s cowshed ecosystem in Beit Dagan.

“Israel’s pioneering advances in agriculture have developed very good relations with the world including third world and western countries,” Dr. Miron told Tazpit. “In the area of dairy farming and agriculture, Israel’s advances are a light to the nations.” 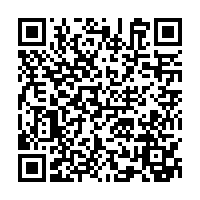