Comparing the histories of bagels and falafel shows they have much more in common than meets the eye, or the stomach, according to a Hebrew University researcher.

Both foods are based on a triad of elements – bagels, lox and cream cheese; pita, falafel balls and salad ; both started out as street foods; and both are “Jewish” foods but not linked to a religious holiday, says Prof. Shaul Stampfer, of Department of the History of the Jewish People.

Prof. Stampfer’s research is published in the new book Jews and Their Foodways – Studies in Contemporary Jewry, where he wrote:

The bagel and felafel attest to a community’s desire to integrate into the surrounding society, while at the same time maintaining a distinct cultural or ethnic identity. When immigrant communities abandon national traits like language, they can use other identifiers, like iconic foods, to maintain differences.

For example, the bagel began as a type of small pretzel in Eastern Europe. It put on weight in New York until it was big enough to host a sandwich.

The bagel was a way for many assimilated people to become “stomach Jews,” feeling that they are Jewish without being observant while holding on to some identity with their new culture.

As for the felafel, Stampfer explains, “The process of developing a new Jewish ethnic food was more obvious in Eretz Israel, where a vigorous and conscious effort to create a national identity required the revival of a national language, a national history and, no less, the creation of national foods,” according to the professor.

Traditional Middle Eastern breads are dipped in sauces or used as a wrap. European baking technology that came to the Middle East in the late 19th century made the pocket pita possible. At the same time, inexpensive frying oil became available and a fried croquette that was popular in India was naturalized in the Middle East and given the name ‘falafel’.

At this time, the tomato, which had recently been introduced to the Middle East, began to be used for salad. The combination of pocket pita, falafel balls and vegetable salad, with a bit of tahini added, came into being in the 20th century.

Felafel was eaten on the street—a clear rejection of European middle-class values that required a formal meal to be eaten in the home. Thus, the falafel was part of a self-conscious effort to create a new ethnic or national identity.

Stampfer also points out that neither the bagel nor the falafel is the traditional food that it appears to be. The bagel with lox and cream cheese is an American invention that looks and sounds like a relic of “the old country” but was never eaten there.

Falafel, as it turns out, is no less a modern invention. The pocket pita is not a traditional Arab bread but the product of European technology; falafel is a modern product that was probably imported from India; and even the tomatoes in the salad are a vegetable new to the Middle East.

So far, no one has tried to combine the American and Israeli cuisine. 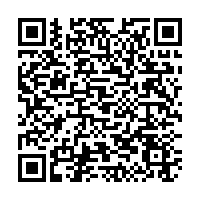