Last week, residents of the 100-family community of Bet Haggai, located in the South Hebron Hills, discovered that their faucets had run dry. That led to an investigation, which in turn led police to discover a 3 meter deep tunnel with a series of illegal water taps into local water mains.

Not that the issue has reached the international community. In February, European Parliament President Martin Schulz asked the Knesset on February 12 “how can it be that an Israeli is allowed to use 70 litres of water per day, but a Palestinian only 17?

And closer to home, left-wing groups like B’tselem claim that the Oslo Accords “discriminate” against the Palestinians by allotting 80 percent of Israel’s water resources to Israel over the Palestinians, despite the fact that Israelis comprise approximately 80 percent of the population between the Jordan River and the Mediterranean Sea.

“The Palestinians refuse to develop their own significant underground water resources, build a seawater desalination plant, fix massive leakage from their municipal water pipes, build sewage treatment plants, irrigate land with treated sewage effluents or modern water-saving devices, or bill their own citizens for consumer water usage, leading to enormous waste,” Gvirtzman wrote in The Truth Behind Palestinian Water Libels.  “At the same time, they drill illegally into Israel’s water resources, and send their sewage flowing into the valleys and streams of central Israel.

“In short, the Palestinian Authority is using water as a weapon against the State of Israel. It is not interested in practical solutions to solve the Palestinian people’s water shortages, but rather perpetuation of the shortages and the besmirching of Israel,” Gvirtzman reported on the Begin-Sadat Center for Strategic Studies website.

Furthermore, Gvirtzman says the Palestinian Authority has refused since its inception to build water treatment plants, despite their obligation to do so under the Oslo agreement. As in Jordan, Palestinian waste flows directly into local streams, polluting the environment and the aquifer and causing the spread of disease.

The international community, including the United States, is complicit in this last issue. Ariel University researchers have tried to raise money to fund water treatment facilities to serve the Israeli city of Ariel and the neighboring Palestinian community of Salfit. But their efforts have been blocked by the State Department, which will not allow USAID to participate in the tender, as well as by European governments and environmental foundations, who appear to hate the cursed Israeli “settlements” more than they “love” the environment. 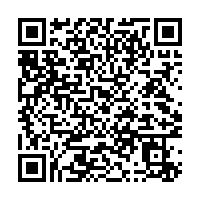