The wannabe teen terrorists were brought to a juvenile court Thursday in Ramle.

The two 14-year-olds were charged in connection with a terror attack at the city’s central bus station on Feb. 4.


Both girls, residents of Ramle, were charged with attempted murder, conspiracy to commit a crime and possession of a knife.

The indictment submitted by the prosecutor indicates the two teens had talked about the current terror wave about a month before the attack, and together conspired to become shahidas, (martyrs), in a holy war against “the Jews” by being killed while stabbing as many Jews as possible to death, according to police.

The court document alleges the girls agreed to meet after hearing about an attack involving the death of three Arab terrorists in Jerusalem as they stabbed and opened fire on Border Guard Police officers at the Damascus Gate to the Old City of Jerusalem. Officer Hadar Cohen, hy’d, 19, was murdered in the attack.

The girls made a decision to meet the next day, each bringing with her a kitchen knife with which to carry out a terror attack, the indictment alleges.

Each girl brought her knife the next day as planned, hidden in her school bag.

The two young teens strolled around the mall, and three times began to advance, but abandoned the move when they saw no soldiers – only civilians.

They finally settled on the mall security guard as their target, in the absence of any soldiers.

When the guard made the routine request to check their bags, the girls went into action, drawing their knives and stabbing him while shouting “Allah!” and “Death to you!”

The 25-year-old guard, lightly wounded, fell to the ground with one of the girls still trying to stab him as a second guard and a soldier arrived and grabbed the two attackers.

The attack was similar in style to that carried out the day before in Jerusalem. There, too, the three male terrorists had waited for the officer to request identification before drawing his weapon and attacking.

The current wave of terror is being driven by a carefully planned social experiment designed by the Palestinian Authority government led by Mahmoud Abbas.

Known throughout the Middle East by his nom de guerre, “Abu Mazen,” Abbas has quietly headed an effort to deliberately brainwash an entire generation to grow up as future jihadists and anti-Israel terrorists.

PA leaders continue to glorify Arab killers with Jewish and Israeli blood on their hands. They honor them by marking events, public streets and other venues in their names.

Social media campaigns, sermons in the mosques, school textbooks and government-approved children’s television programs all continue to wipe away the existence of the State of Israel. In its place, such media encourage their young impressionable consumers to launch daring, bloodthirsty attacks against Jews and Israelis.

On a more mercenary note, the Palestinian Authority government generously compensates the families of “shahids” as well as convicted terrorists with a guaranteed lifetime monthly income.

Which Arab child or teen fed from birth on the cuddly characters championing the privilege to die for “Felesteen” (Palestine) would not want to grow up to kill Israelis?

Why would any adolescent with the normal hormonal shifts of the teen years not find solace in reaching eternal peace and family honor as a shahid (Islamic war martyr) after a fight with a parent, sibling or friend ?

Doesn’t suicide look a lot rosier and more romantic when you know you’ve guaranteed your parents a large lifetime income, and yourself a quick, relatively death in the process? (And if you got lucky, you knocked off a few of those pesky Israeli Jews – especially the soldiers! — and won eternal honor on national TV while you were at it, too.)

Forget peace: Abbas has practically guaranteed the impossibility of co-existence with his machinations. The debates over any “two-state solution” are beyond silly when considered against the backdrop of this monstrous reality.

The only terror that outweighs the current wave in Israel is that about to face Europe, which the European Union has brought upon itself. 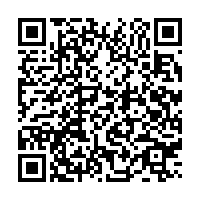